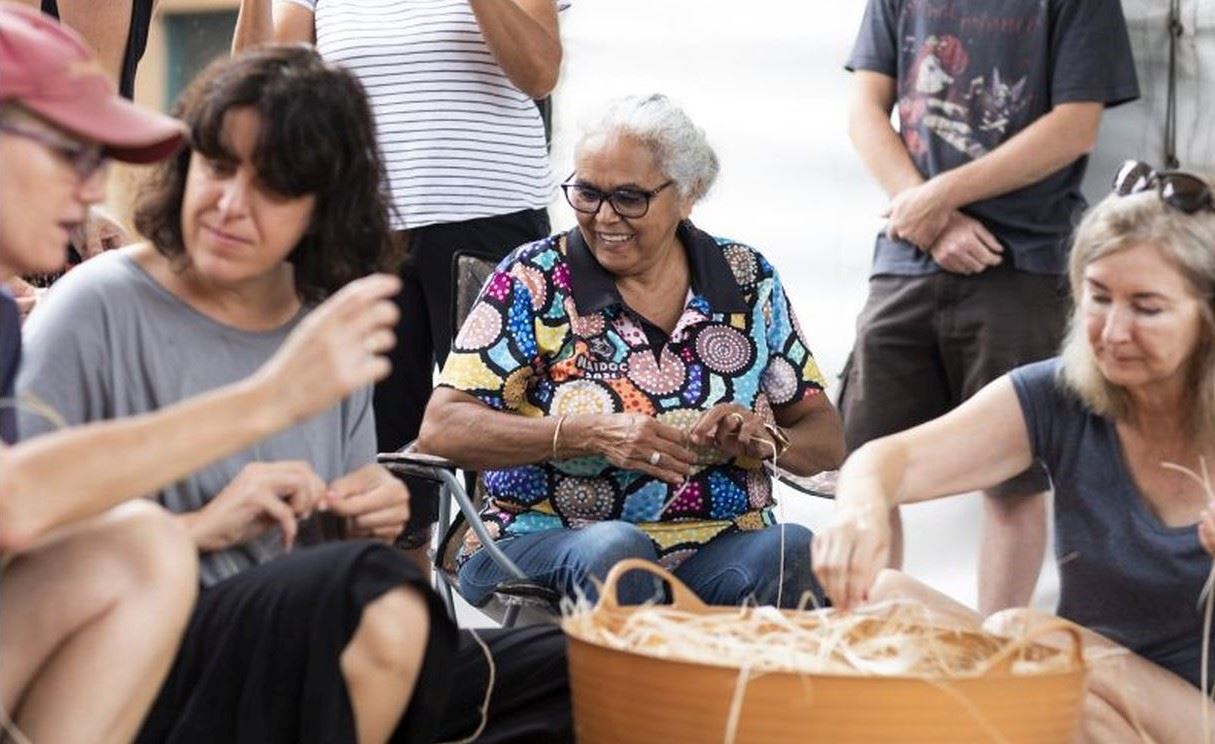 Newcastle’s inaugural New Annual festival has come to a close after 10 days of events, attracting over 30,000 people to more than 50 events and activities across the city in a showcase of Newcastle’s arts and cultural community.

Involving more than 500 artists and 250 staff, crew and volunteers, Lord Mayor Nuatali Nelmes said the festival had delivered an economic and confidence boost to the local arts sector and community, cementing Newcastle’s status as a hub of creativity and culture.

“Our vision was to create a landmark cultural festival with a uniquely Newcastle character that could become a mainstay on Australia’s annual events calendar.

“We are absolutely thrilled that locals and visitors alike have embraced New Annual, providing a vital shot in the arm for Newcastle’s recovering creative arts and live music sectors, heavily impacted by COVID-19.”

More than 28 ticketed COVID Safe sessions and hands-on workshops were ‘sold out’ during New Annual, which ran from 12-21 February, with tickets being snapped up at an increased rate as the festival progressed.

The event has proven popular with visitors from the surrounding regions as well as drawing people from around the state and further afield including Queensland and Victoria. It also coincided with improved vacancy rates among local accommodation providers, with industry figures showing a 13 per cent rise in bookings and 37 per cent jump in revenue during the first Friday and Saturday night of New Annual compared to last year.

Among the highlights was former Prime Minister, the Hon. Julia Gillard’s inspiring talk, which was booked out within two days of going on sale, presented by the Newcastle Writers Festival as one of a number of new partnerships established as a result of New Annual.

Festival-specific shows commissioned by City of Newcastle with support from Create NSW were incredibly well received, including Catapult Choreographic Hub’s mesmerising performances of Acquist in the Civic Park fountain and Taylor’s Run by Curious Legends creating a new perception of the City’s Summerhill Waste Management Centre.

During the course of the 10 days, several events needed to add more sessions as word of mouth spread, including Fingers Crossed Creative, whose eclectic and enchanting Intergalacular Sci-fi Spectacular made a dramatic impression at The Hangar in Civic Park.

In acknowledgement of the City’s respect for Newcastle’s First Nations, the Pavilion of Sand in Wheeler Place was a central hub through the length of New Annual, passing on local Aboriginal cultural learnings about weaving, dance and traditional net-making in what Guraki Advisory Committee Luke Russell said was an important element of the festival.

“The reception from the community of local indigenous people sharing their knowledge was overwhelming and humbling,” Mr Russell said.

“It was the first time in 150-200 years that a traditional fishing net was made in Muluubinba again, contributed by all participants who attended, which is an amazing achievement.”

Curious Legends artistic director Mitchell Reese said New Annual had been a lifeline for the company during COVID, as well a fantastic platform to showcase their work.

“Being part of New Annual has been hugely beneficial for our company, and in many ways, a lifeline during the COVID-19 pandemic,” Mr Reese said.

“When COVID-19 hit, 90 per cent of our work disappeared overnight. City of Newcastle was one of the organisations that made a bid to support our company.

“Being a part of the festival not only meant work for our artists - many of which were struggling with the economic effects of COVID - but also a highly visible platform for our work to be showcased. Based on the vote of confidence City of Newcastle has shown in our work, we were able to leverage this project for additional funding through the Australian Government's RISE fund, allowing us to reinvent the show for national and international touring in 2022 and 2023.

“It’s been a wonderful experience all round, and we are extremely grateful to City of Newcastle for making this happen.”

Curious Legends are just one of the artists returning for the second New Annual, being held from 24 September to 3 October this year. The early October timeslot will become its ongoing annual date in the events calendar.