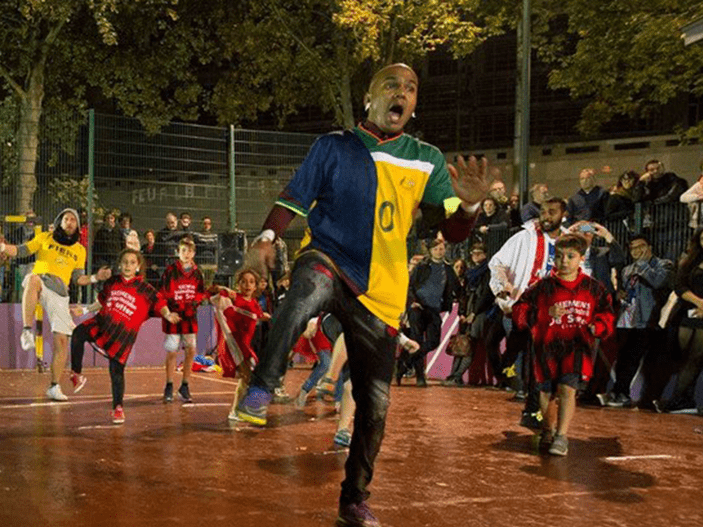 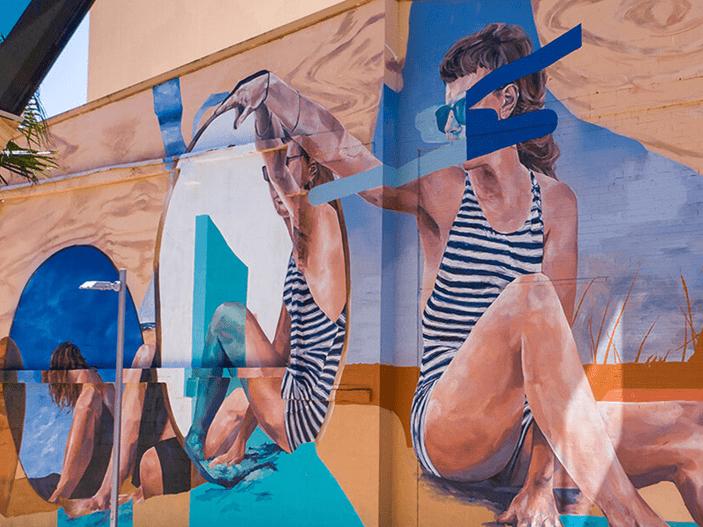 New Annual is coming to Newcastle in February, and with such a wide variety of arts, music, theatre, and performance descending on the city there is something for everyone to enjoy!

If you’re looking to visit Newcastle for a day, a weekend, or even longer, then why not make it during New Annual? With more than 50 events across ten days in February, the festival has a little bit of everything and plenty to enjoy!

In this edition of ‘how-to New Annual’, we’ve picked out three events at New Annual which anyone planning a trip to new Annual should not miss!

The Hangar
What: Part-cabaret theatre, part-bar, part-festival hub. The Hangar will showcase performers inside it’s temporary shipping container theatre, while providing a bar and festival vibe right outside for most afternoons throughout New Annual.
When: The Hanger - from 4pm ‘til 10pm, February 13 – 14, 17 – 21
Intergalacular Sci-Fi Spectacular – February 12 – 14, 17 – 21
Where: Civic Park, Newcastle

A temporary shipping container venue installed in the heart of Civic Park for the duration of New Annual, The Hangar is Newcastle’s version of a Spiegeltent.

Along with its anchor show, the Intergalacular Sci-Fi Spectacular, The Hangar will showcase several local artists and performers while also providing a bar and festival space for visitors to enjoy before, during, and after performances.

The Hangar is free to visit, however the Intergalacular Sci-Fi Spectacular is ticketed. Find out more by clicking here.

Taylor’s Run
What: A mesmerising, illuminated, gigantic puppet show which follows the journey of one young girl as she discovers how to navigate a world of rubbish in pursuit of a discarded best friend.
When: Saturday 13 & Sunday 14 February, Saturday 20th and Sunday 21st February at 7.30pm
Where: Summerhill Waste Management Centre, Wallsend (it’s not as weird as it sounds!)

Following the story of Taylor, who heads on an adventure to the tip after her favourite pygmy possum toy is discarded, adults and children alike will be wowed by the visual spectacular that is giant, illuminated puppetry.

With an environmentally conscious message around recycling and sustainability woven throughout, told in the incredibly unique setting of the city’s main recycling centre, Taylor’s Run is a performance not to be missed.

Massive Band
What: A community-engaged project from Newcastle-based performer Bree van Reyk, Massive Band brings together participants who learn to play iconic rock songs and then perform them en masse at a performance event
When: Saturday 13 February and Sunday 14 February
Where: Victoria Theatre, Newcastle

Aimed at providing a safe and inclusive space for women and girls to make music together, Massive Band is a two-day event unlike any other.

Spread over the first weekend of New Annual (13 & 14 Feb), Massive Band will bring together women and girls of all musical ability for two days of workshops and open rehearsals, before an incredible performance on the Sunday night.

You can register to be a part of Massive Band by clicking here.